Yesterday was a good troop at the Museum of Flight.  Alpha Base & Garrison Titan helped the Museum celebrate Star Wars Reads Day. 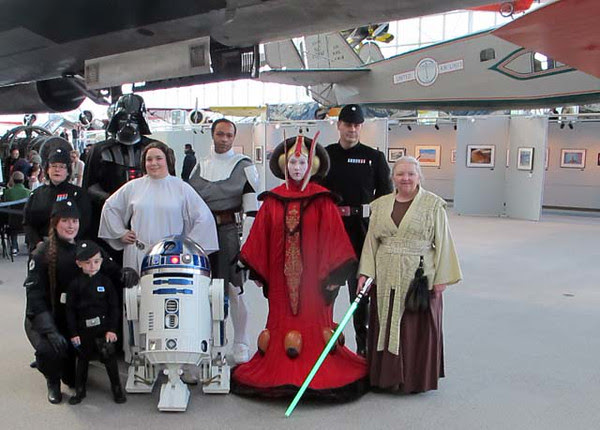 Amanda is missing from this photo, which was taken by Bob, the R2D2 builder

We had to have our photos made in two specific places.....
The Destiny Module (aka "Tantive IV") 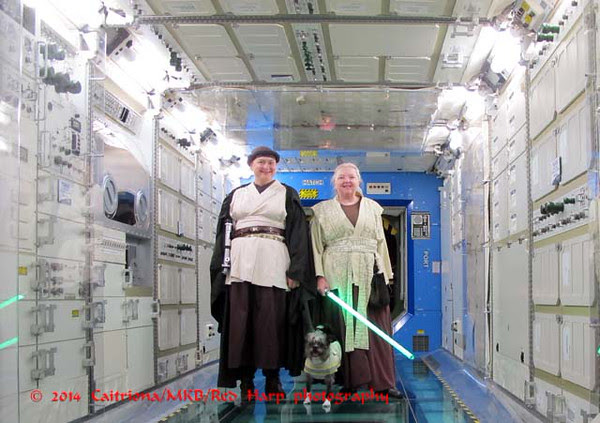 Here are Amanda and me. 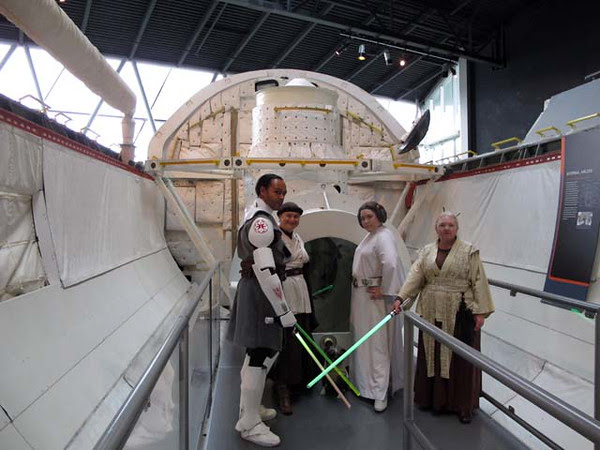 and in the payload bay of the Space Shuttle Full Fuselage Trainer.

The Museum staff had lots of fun things for kids to do, including "Death Star Ground School" and lots of crafts.  Yoda holds min-lightsaber building parts. 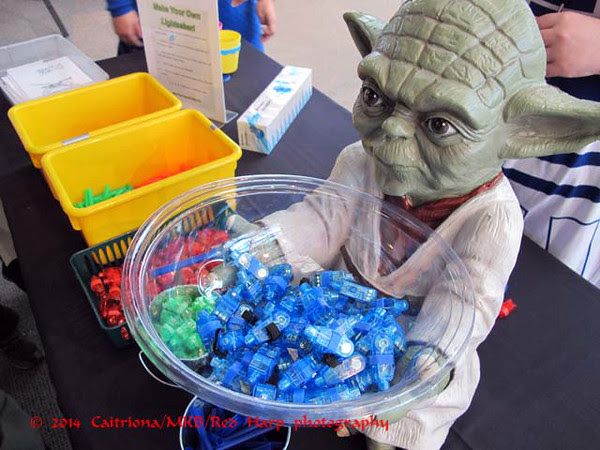 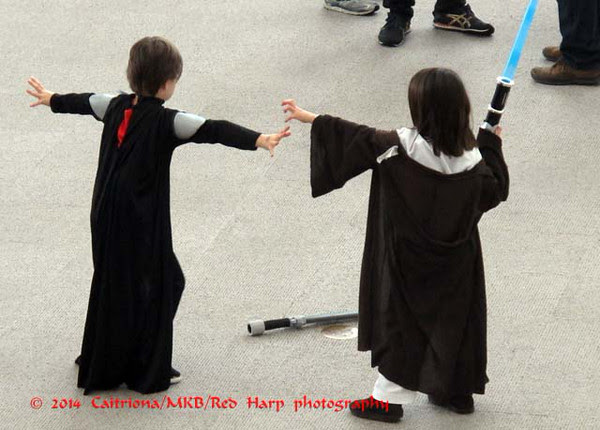 All the photos are here.
Posted by Caitriona at 4:33 PM No comments:

Homeland Security and the Lightsaber

As the lone Alpha Base/Rebel Legion member, I joined two from Garrison Titan/501st Legion to do a fund raising photo booth at the Combined Federal Campaign (CFC) Kick off event at the Jackson Federal Building in downtown Seattle. 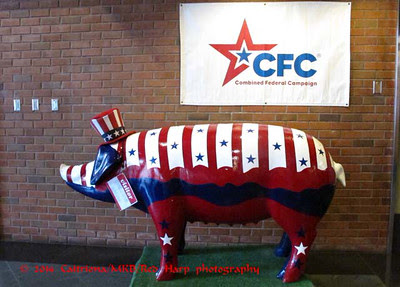 The building has an airport-like screening process for entry but it's run by Homeland Security officers.  It was amusing taking my lightsaber through.  The officer pulled by bag out, asked whether it was mine and then said he had to search it.  He pulled out the sink-tube lightsaber and asked, "what's this?" I told him it was a lightsaber.  I'd intentionally brought one without any electronics in it for this reason.  Another officer was interested and wanted to see it, too.  All was fine from then on.

The GT members came through the loading dock with their bins.  These were screened in a large device.  Despite the presence of at least 3 prop weapons, Cheryl said the item about which the officers were most concerned was the aerosol can of hair spray!

We three posed for photos for a donation to the CFC charity. 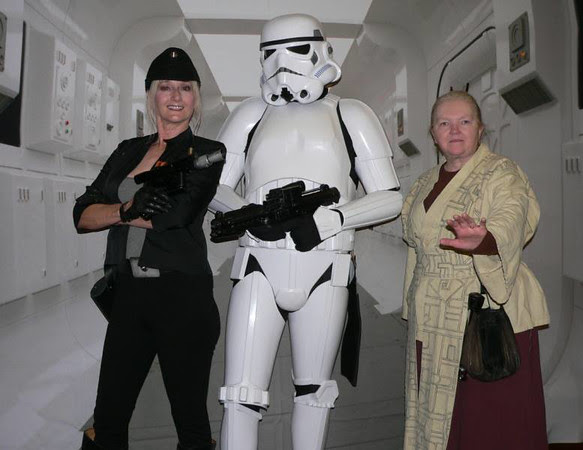 Local TV and comedy personality, Pat Cashman, was there.  He's on a local show called The 206 (Seattle's area code).  While at the event, he filmed a brief segment for the show which was a fake ad for lard.  He asked the TK to pretend to eat it.  This will be on the show 18 or 25 October.
Update 20 November:  That segment finally aired a couple weeks ago and the Stormtrooper wasn't in it. 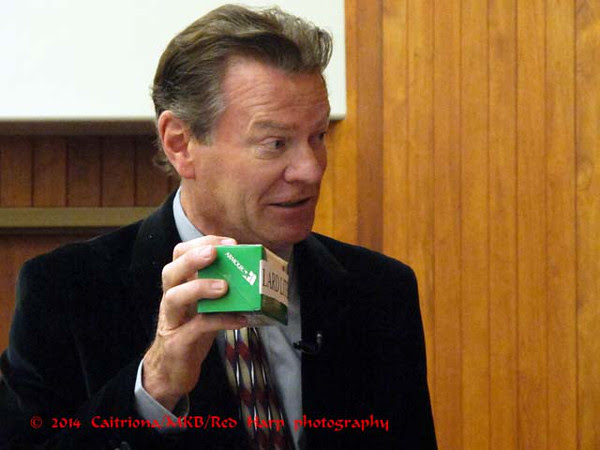 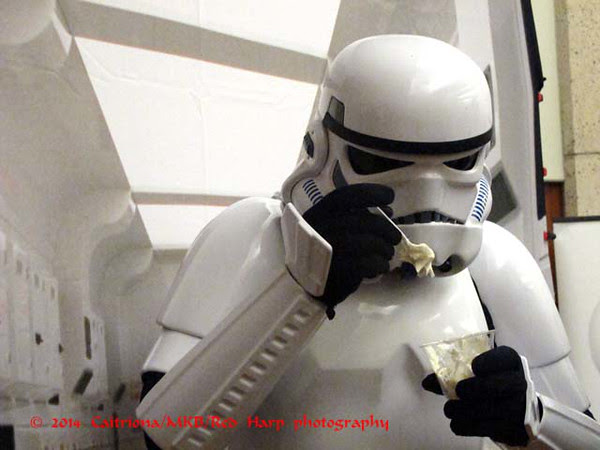 All the photos are here.
Posted by Caitriona at 6:21 PM No comments: