Geeking out on HAM

Just watched the most recent episode, from a couple nights ago, of Last Man Standing.  Tim Allen's character is a HAM and has the call sign KA0XTT.  The "XTT" is a bit of a private joke as Tim's character name on "Home Improvement" was Tim Taylor. So, ex T. T.  Yuk, yuk.

Info on how the producer, who has a HAM license, incorporated HAM radio into the show and got the call sign.

The QSL card that is sent out:

We've not been using our radios much and I'd really have to do a review of the band plan, for one thing, if we did.  But we do have our call signs as our auto license plates.

KF6xxx Clear.
Posted by Caitriona at 9:48 PM No comments:

I ordered an unlocked Nexus 5 from Google on Monday night.  The site said it wouldn't ship until 3 December.  I paid for next day shipping as I was concerned to know exactly when it would be delivered.

I didn't get a sim card and I'm not planning on actually using it as a phone.  I could, though. At this point I still don't feel the need for a smart phone.  But I did want a smaller PDA.  The Nexus 7 was a bit much to carry around.  It's not much thicker than the iPod Touch.  The camera is much better, especially in HDR mode.

I spent some of last night and more time today setting it up.  Google installed all the apps I'd had on my Nexus 7.  I did have to organize the screens, though.  I also set it up to synch with local Outlook on my PC.

Everything works great.  Such and easy set up.  Drag and drop all the files I need.  I really like it.

I needed a different podcast app as the one I was using wouldn't synch between devices.  I paid a little bit for Pocket Cast and it works so much better.  I then just dragged and dropped all my music....7 gigs worth.  None of this having to load them to iTunes.  Just select all and copy over.


Posted by Caitriona at 4:00 PM No comments:

We spent nearly all day yesterday watching Dr. Who.  There were the pre-special live broadcasts from LA.  Then we watched the 50th Anniversary special, The Day of the Doctor, live during the world-wide simulcast.  Next we logged into our UK BBC website in order to watch some videos from there.  Most notably was the very funny, Five(ish) Doctors Reboot made by #5, Peter Davison.  See it here,  even viewable from the US.  Lastly, we watched the repeat of the special over again on BBC America, fast forwarding to the added "special commentaries" by #10, #11 and others.

As with many of the best Dr. Who episodes, it was rather confusing.  All that timey-wimey stuff.

("People assume that time is a strict progression of cause to effect. But actually, from a non-linear, non-subjective viewpoint, it's more like a big ball of wibbly-wobbly... timey-wimey... stuff." said by #10)

Posted by Caitriona at 11:31 AM No comments:

Two months ago I started using Wolf's new 2013 Nexus 7 tablet.  He already had the original Nexus 7 and let my "try" his new one.  Well, it's mine now.  I've not used my iPod Touch in those 2 months.  I've successfully been able to synch it with Outlook on my PC using some additional software I did have to buy.  I've been carrying the 7 inch tablet in my purse/bag for these 2 months.  I like it a lot!  But it's a little big to carry all the time.

I've been waiting for the Nexus 5, which is a phone.  I finally was able to see one today.  I'm likely going to buy it.  I'll get it from Google, unlocked,  and not activate a phone carrier.  I intend to just use it as a PDA, as I used the iPod Touch.  Yeah, I'm weird.  I don't really need a smart phone and I'm adverse to paying a data plan.

Tonight I sold my 2 year old iPod Touch 4th gen to Gazelle.  I didn't get much for it but it's better than just letting is sit on the shelf.   It was unable to use the new iOS 7.  It has been my experience with Apple that 2 years is the lifetime of the software, if not the device.  That's another thing with which I'm dissatisfied.

I still have an iPad 3rd gen but it can only use part of iOS 7, so I've not installed it.  I will continue to use it until it fails.  However, I've gradually migrated my RSS feeds to the Nexus 7.

So, I'm nearly done with Apple.
Posted by Caitriona at 6:18 PM No comments:

We were up before 0430 this morning.  Wolf wanted to be able to have something to drink before the 0500 cut off for his 0700 surgery appointment.  Since we were up, we left the house at 0545.  The trip was a breeze compared to 2 weeks ago and the 2 hour traffic jam!

Once we got there in plenty of time for his 0700 check in time, I realized his actual surgery wasn't until 0830.  But there was a fair bit of prep to do before he was rolled to the operating suite.  This was his second cataract surgery so we knew the drill.

Before I knew it, he was in recover and they called me back in about 0915.  All seems to have gone fine.

I made my usual Monday morning stop at my PO box.  I asked the postal worker when they might get the new Medal of Honor stamp and she said she did not know.  But she handed me the philatelic catalog.  Once home, I browsed it and decided to order several attractive stamps on line, including the Medal of Honor ones.

That's when I found the Harry Potter stamps were to be released today.  Of course, I included them in my order!  I really wish I could order just the McGonagall stamp!  I did order 3 of the set of 20 stamps.  I'll be well supplied for awhile.  The TV news this am indicated these are "limited edition".  Since they are "forever" stamps, I may get a few more sets. 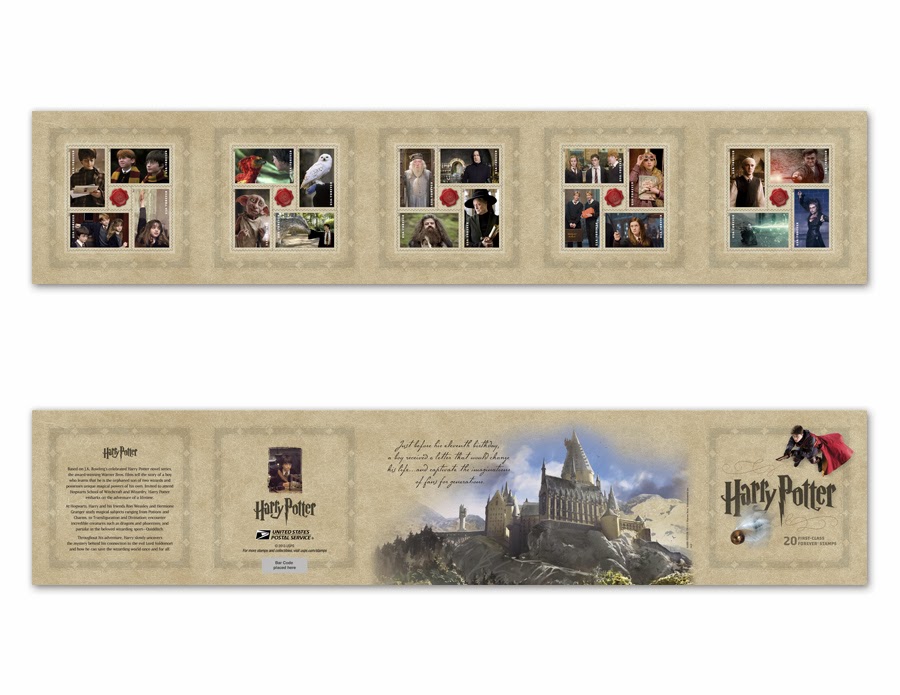 Posted by Caitriona at 8:26 AM No comments:

Wolf had cataract surgery on his left eye last Thursday (7 Nov).  Yesterday he had his one week f/u and all is well.  He obtained a prescription for interim glasses.  By January, both eyes will be completely healed and he'll need a new set.  But he needs to be able to see out of the left eye when the right eye is operated on next Thursday.

The new glasses lens is thin.  It is amazing when compared to the right lens and the old one (these are upside down and backwards, so right is left): 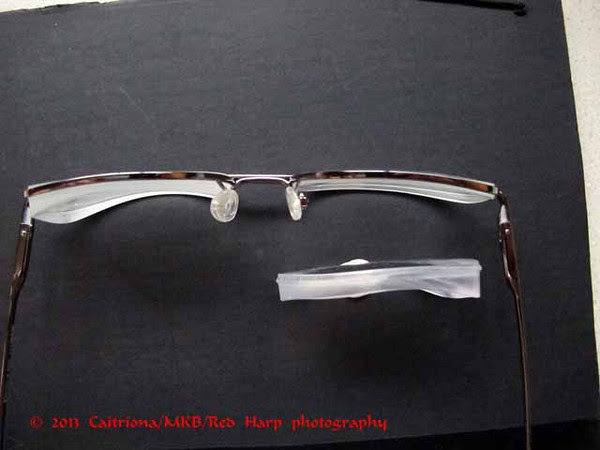 T he lens on the right is for the eye that's had cataract surgery and can now be corrected to 20/20.  Below it is the old lens.  On the left is the lens for the, as yet, untreated eye.  It's about 20/50 even with that thick lens.
Posted by Caitriona at 5:41 PM No comments:

Astronaut Chris Hadfield was on local TV today before his talk at Town Hall tonight.   I was available so wish I'd known he was going to appear today.  I've gone into Seattle to be in the audience of this show before.

Posted by Caitriona at 2:58 PM No comments:

The color of a cataract

Wolf had the first of two cataract surgeries last week.  After 5 days, the eye on which the operation was done can see well enough to use the computer, so he's back at work.

He has been in wonder at the change in colors.  The cataract caused a yellow shift.  He used one of the drawing apps to show me the color difference between his eyes now (with only one of them still having a cataract) and it's remarkable.  I remember when we disagreed about the color of something.... I said it was a shade of blue and he said it was green.  Now we know why!

This is what white looks like in each eye now. 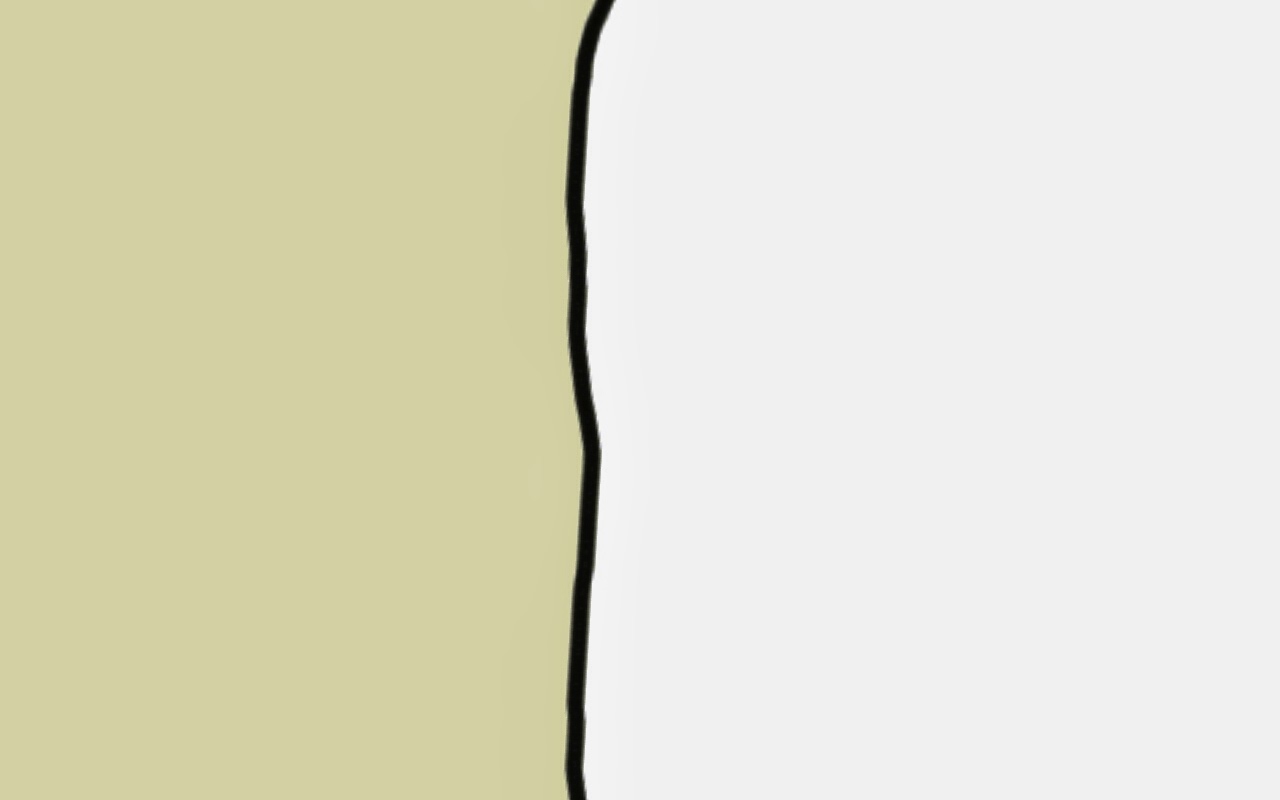 Amazing!
Posted by Caitriona at 2:37 PM No comments:

Wolf's Aunt Dorothy died last night.  We received the word from his cousins.

I remember her as delightful, kind and giving.  She loved to cook for family and friends.  She was very kind to Wolf and me.  In 1986 we returned to SoCal from Germany.  She let us stay in one of her spare rooms until we found a place to live.  It was a great help to our transition.

As much as I hate it, I'm glad I re-joined Facebook.  It was through a private message there from one of the cousins that we heard she was very ill.  When we were last in SoCal 2 years ago, I gave all of them all of our contact info but the only one they had seemed to have was Wolf's work email.  Wolf hasn't been at work this past week.

She was about 85 years old and quite frail.  I was sad we were unable to see her 2 years ago as I caught a cold from a friend and her family didn't want to take the chance of her catching it as she was so frail.  Even though Wolf might have gone alone to see her, they were still concerned he might have carried it from me.  :(

She had had open heart surgery 2 years ago and spent a long time in a skilled nursing facility.  Once home, she was cared for my her younger son.  Then about a week ago she suffered a massive stroke.  Her children (Wolf's cousins) made all the right decisions. They agreed to initial life support.  Once scans confirmed she was unlikely to ever wake up from the coma due to massive brain damage, they chose hospice.

She passed peacefully and comfortably within a couple days, with family constantly at her side.


Posted by Caitriona at 9:04 AM No comments:

Until I figure out how to import it, my 9 years of LiveJournal blog is here:  http://kaithriona.livejournal.com/
Posted by Caitriona at 11:51 AM No comments: