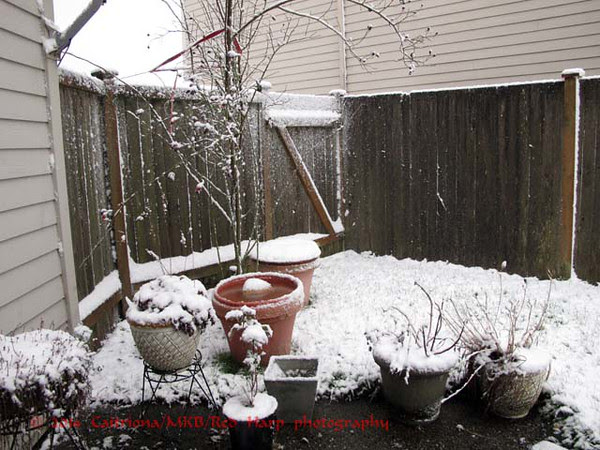 Snow on the Gnome Noses: 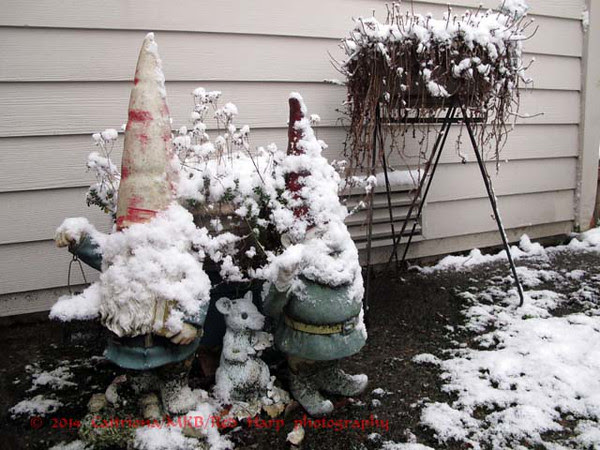 Posted by Caitriona at 2:58 PM No comments:

This week's volunteer shift at the Museum of Flight was quite interesting.  I spent the shift over in the Space Gallery where I watched the final push for installation of the new Spaceflight Academy.

First, as I arrived, I caught this interesting view of the newly delivered Boeing 787 (# 3). 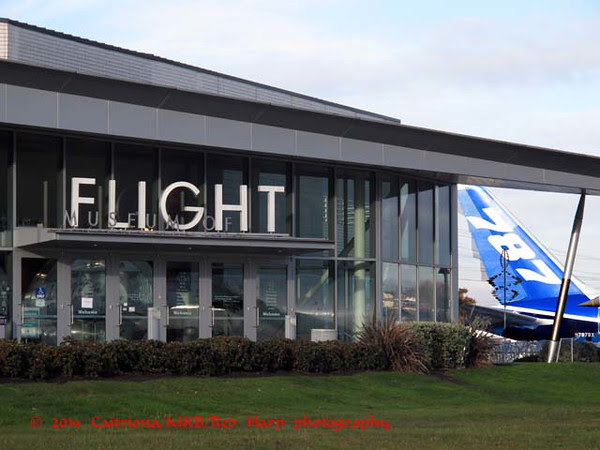 I had been a bit annoyed when I heard the Christmas tree was already up.  It was still a week before Thanksgiving.  However, the previous evening, at the volunteer meeting, it was explained that the Museum will have several groups hosting their holiday parties, starting right after Thanksgiving so the tree needed to be up early.  They are also dependent upon the schedule of the volunteer group that does the set up.  This tree celebrates the 50th Anniversary of the Museum of Flight! 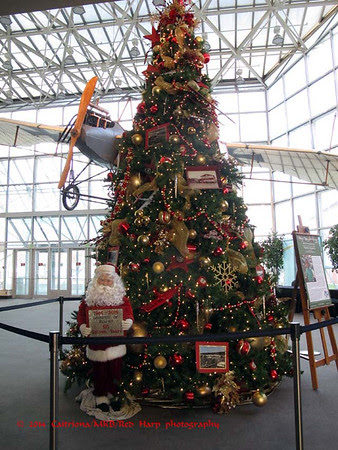 While watching the Spaceflight Academy final build, I met Alfred.  He's a retired Boeing engineer.  And he built the fuel tanks for the model of the Space Shuttle!  He said he began the build nearly 2 years ago, in December 2012. 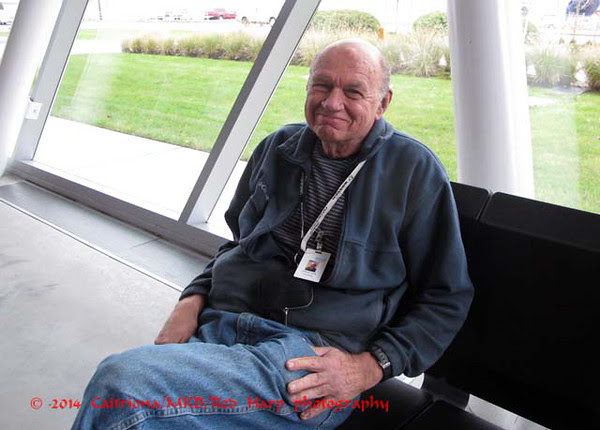 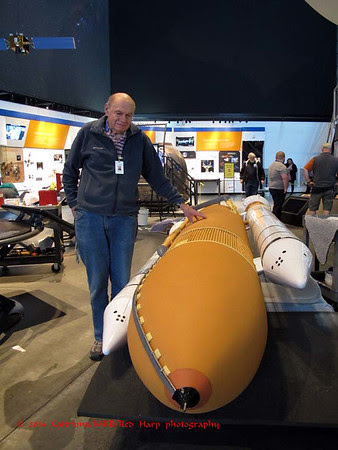 He was there to watch the installation of the tanks.  The model of the shuttle was built by AeroJet Rockadyne and donated to the Museum.   I waited as long as I could.  Next week, my shift falls on Thanksgiving and the Museum of closed.  So it's likely I won't be there again until early December.  I'll have more photos then.


Dieter is a Museum docent and a real Rocket Scientist.  He is an engineer for Aerojet Rockadyne of Redmond.  He presented at the Museum's Spacefest on the rockets built for NASA Mars missions. In the second photo, he's posed holding a plastic model of one of the engines. 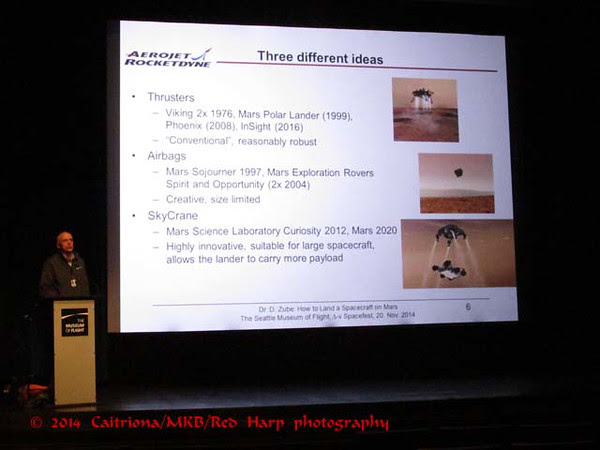 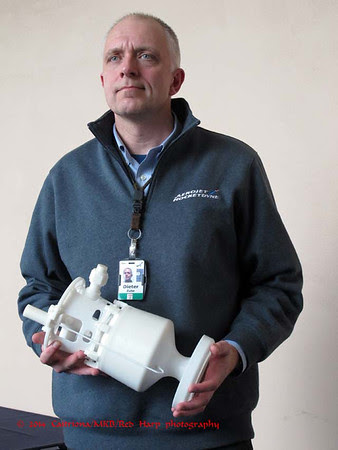 I meet such interesting and accomplished people at the Museum!  There were several astronauts there for Spacefest but, this time, I didn't meet any of them.


All the photos are here.
Posted by Caitriona at 6:23 AM No comments:

The porch decor theme this year is Harry Potter.  JK is releasing a new bit of fiction on Pottermore today and AFK, the geek tavern, is celebrating Halloween with a "Death Eaters" theme. 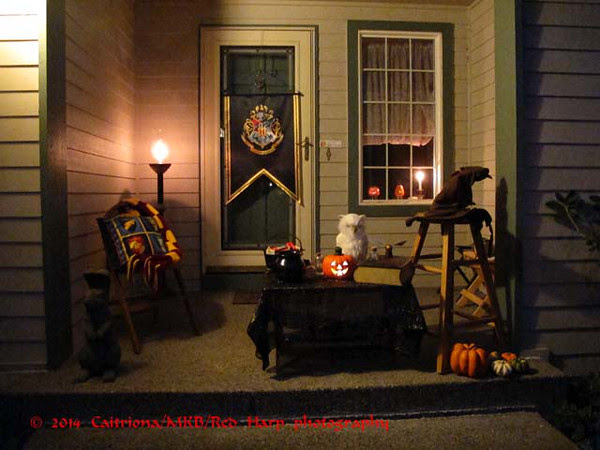 I dressed as  Professor McGonagall.  The thing on my face is a cat nose mini-mask.  Prof M was an Animagus who could morph into a Tabby Cat. 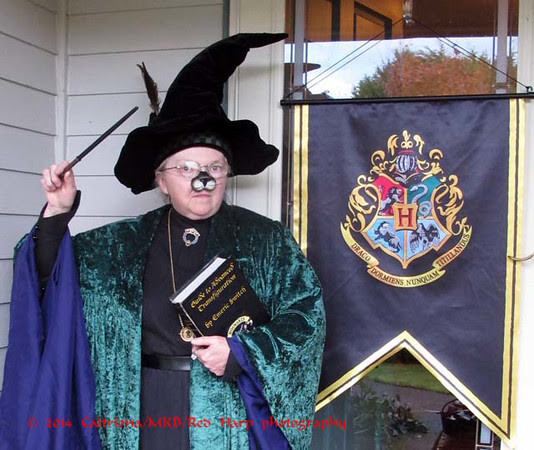 On the last day of my Michigan trip (29 Oct), I took a drive to a neighboring small town.  I saw three houses that were over the top for Halloween. 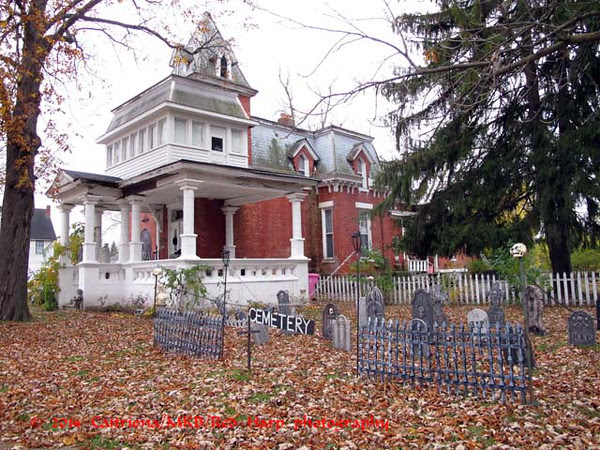 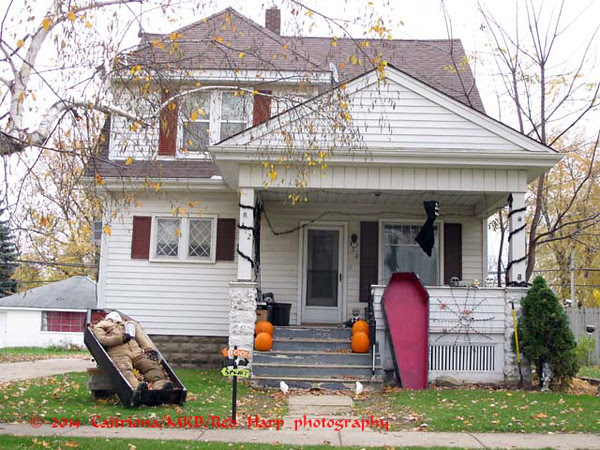 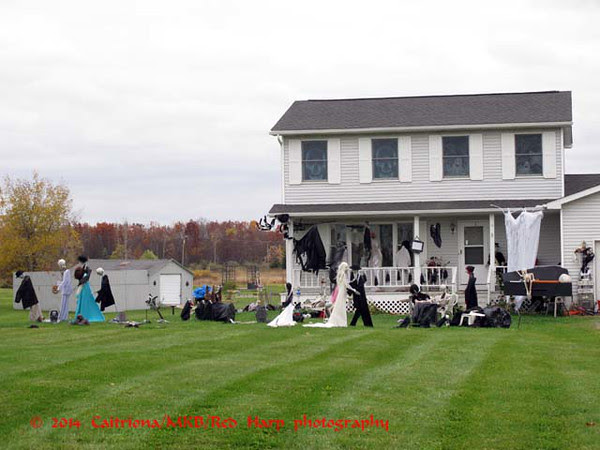 All those photos are here.
Posted by Caitriona at 9:39 AM No comments: