Getting Started at the Fort

On Monday I had my orientation to the Sewing Guild at Fort Nisqually.  Terry took me on a walk through, showed me how the clothes are organized.  Then we went upstairs to the sewing room. 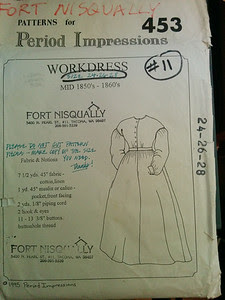 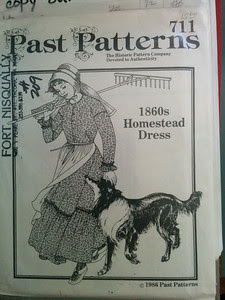 They have many dresses and accessories to loan.  Once I start volunteering as an Interpreter, I'll borrow something.  It gives me a chance to try some styles before I go to the effort and expense of making my own.

I will likely eventually have to make a corset.  I'll wait until the big workshop in October as the leader will be covering that. 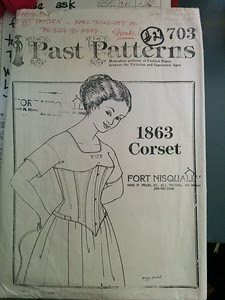 Terry showed how the European Immigrant women's clothes includes four petticoats:  chemise, corded petticoat, flounced petticoat and over petticoat.  That's a lot of fabric!  She said that sewing with a machine is acceptable, but any stitches that will show on the outside of the garment are best done by hand.

Then I actually did some work.  I mended two garments by hand before I had to leave for an appointment back at home.  It may be a couple weeks before I'm back but there are 3 more garments waiting for me.  Then they need men's vests so I plan to start with those for construction.

I don't know when I'll have a chance to start as an Interpreter in period clothing.  I'm exercising patience.  However, I've already assembled a few pieces of kit for demonstrating watercolor illustration.  Some I already had.  I did buy a metal palette.
Posted by Caitriona at 11:08 PM No comments:

During my volunteer shift at the Museum of Flight today I met a real astronaut! 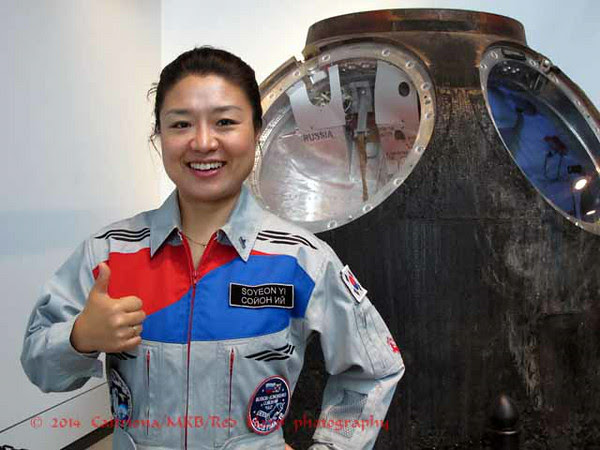 Yi So-yeon is a scientist who became the first Korean to fly in space.   I posed her with the Museum's Soyuz capsule because she went to the International Space Station with the Russians rather than on the Space Shuttle.  She was at the Museum as a Volunteer with the Museum's Aerospace Camp Experience!  How cool is it for the kids to interact with a REAL astronaut during their camp?!! 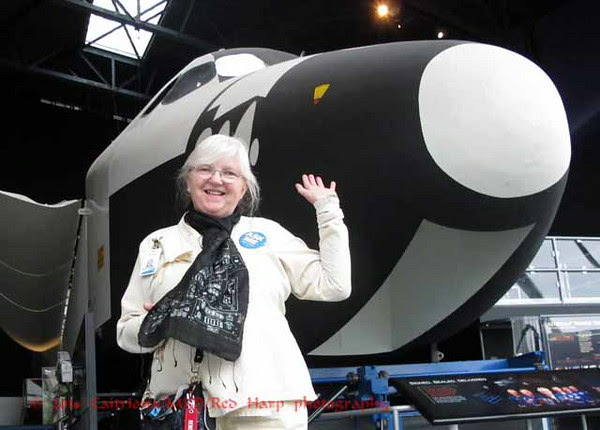 Me wearing my new silk scarf with the Space Shuttle cockpit graphic
Posted by Caitriona at 4:43 PM 1 comment:

Catching up on the Renton River Days Duck Hunt. 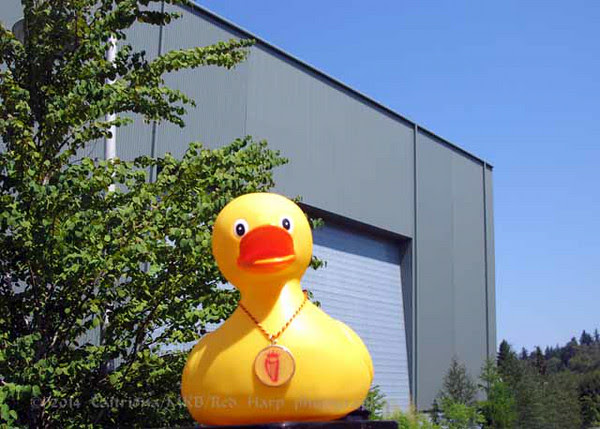 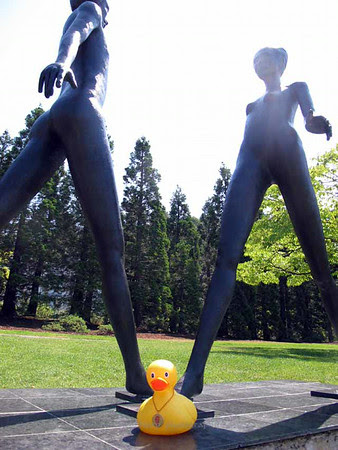 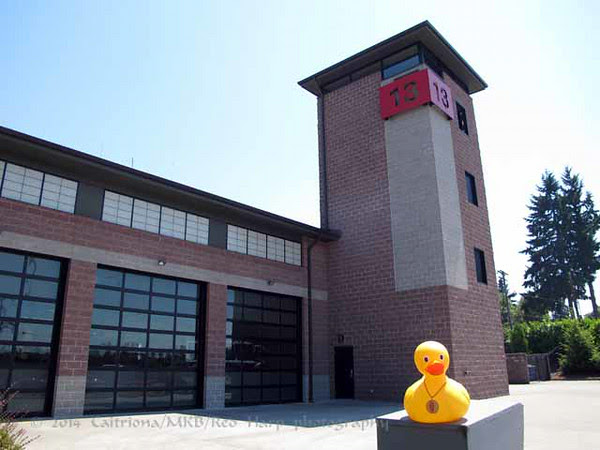 Posted by Caitriona at 11:19 AM No comments:

So far, I've found all the locations for the Duck Hunt.  Clue 5 stumped me for a while.  But I went hunting today and got it in one.  My first guess turned out to be correct.  I didn't have a conscious memory of seeing it but it must have been filed deeply away for me to have made it my first guess.

I also seem to be the only one posting them.  If anyone else is playing, maybe they are waiting until the end to post. 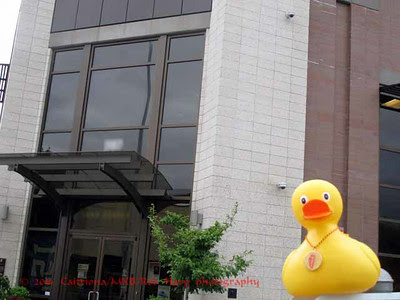 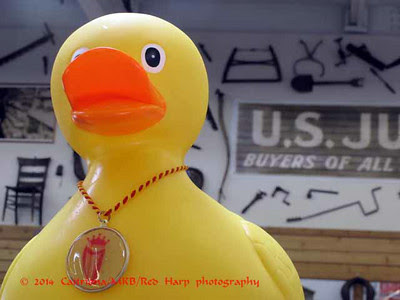 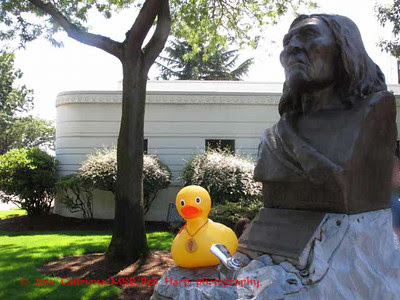 I also saw this when I was out and about.  The juxtaposition of the bumper sticker with the silhouette of the Doberman and the actual little fluffy dog made me laugh.  Wolf's comment was, "My other dog is a Doberman"

Posted by Caitriona at 5:58 PM No comments: