Yesterday I went to Sew Expo with 2 friends.  All photos are here.

I came across a booth demonstrating how to use Inktense pencils to decorate fabric with a watercolor look.  I have a small set of pencils given to me at Christmas that I've not yet used. They work on 200 count Southern Belle cotton fabric just as they would on paper.  Once it is dry, it is permanment.  I bought a yard of the fabric and will probably first make and decorate a scarf with this technique.  I found the company website and the description of how they use the pencils.

I bought a couple Folkwear patterns and attended their fasion show.  I do love Folkwear! 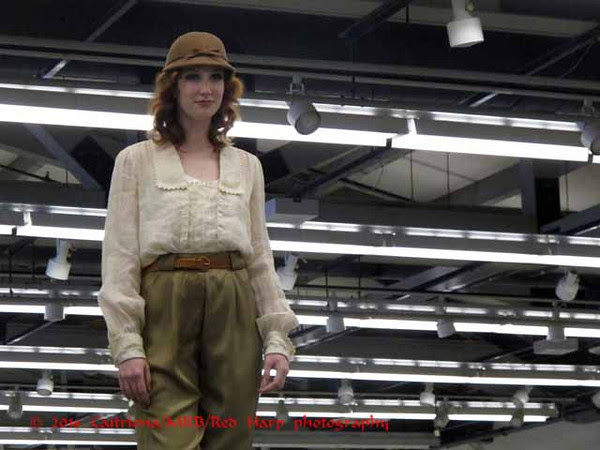 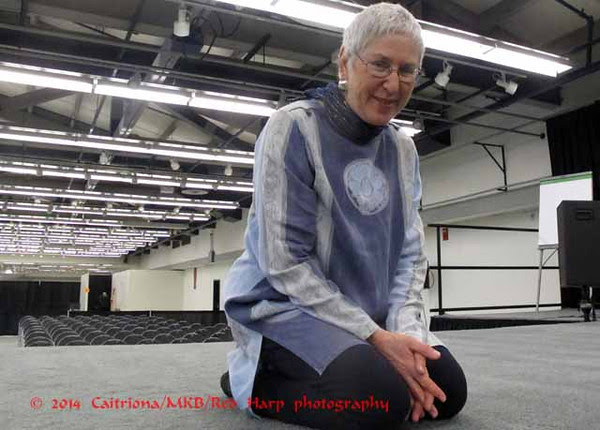 Current owner of Folkwear, Kate Mathews  (see more in the "about" ).  I learned that after many years of corporate ownership, Folkwear is now back in the hands of a creative woman. 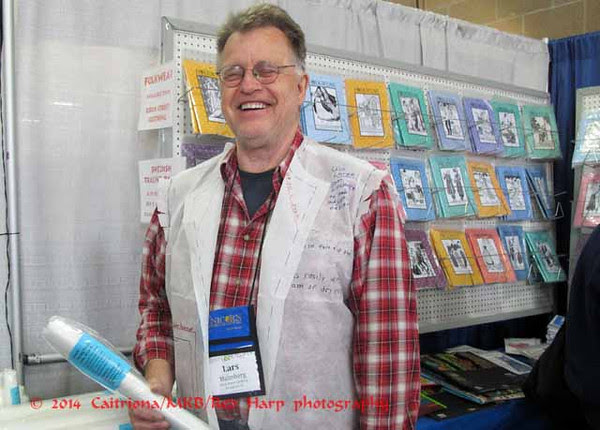 Lars, from Birch Street Clothing has a vest made of an actual pattern piece.  He sells Folkwear Patterns.

Earlier this week I made 7 pillowcases to donate to the Pillowcase Patrol.
They give them to Mary Bridge Children's Hospital in Tacoma.  They are also part of the Million Pillowcase challenge. 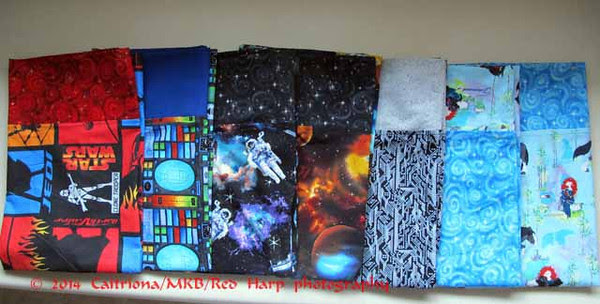 Posted by Caitriona at 7:21 AM No comments:

Pillowcases for the geeky kids

Today I made 7 geeky pillowcases to donate at Sew Expo.

Posted by Caitriona at 5:43 PM No comments: 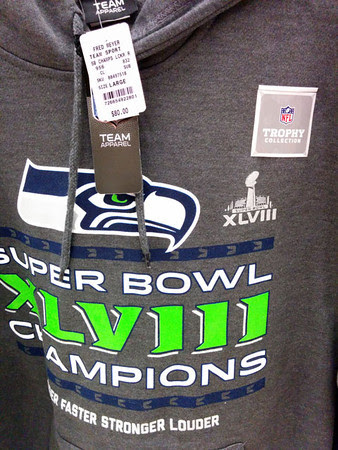 Granted, it is an officially licensed NFL shop, good quality, hooded sweatshirt.  I'm not a sports fan but even if I was, I would not pay that for a sweatshirt!

I have enjoyed the local fervor over the Seahawks winning the Super Bowl.  I watched the parade on TV.  There was no way, 2 days post-op, that I was going out in that cold with 700,000 people!

Posted by Caitriona at 10:27 PM No comments:

On Monday, 3 February I had surgery on my right eye.  I had a partial posterior vitreous detachment.  Vitreous is the gel that fills the back compartment of the eye from behind the lens back to the surface of the retina.  It is important only during fetal development.  After birth, it serves no purpose so as people age the vitreous gel goes through some changes and can separate from the retina. Usually it doesn't cause a problem.  However, mine remained attached to the macula and pulled on it, forming a cyst. There was a chance it would resolve on its own so it was watched for about 9 months.  At the end of December, the MD said it was time for surgery as it was getting worse, as measured by repeated scans over the months of follow up.

So on Monday it was surgically repaired.  Because he would be working on that eye anyway, the MD also removed a cataract and replaced it with a toric lens implant.  The hope is that I will not need any glasses prescription in that eye.


I had to wear an eye shield for a day.  Here I am on Tuesday, about to go to my 24 hour followup.  I was amused by the surgeon's initials written above the eye.  He wrote it with a Sharpie after talking to me during pre-op prep.

Today is the third day post-op.  I'm already able to read some with the surgical eye without a glasses prescription.  I popped the right lens out of my glasses.  Maybe I'll just be able to have a monocle!  My neighbor is an optician and suggested contacts have improved so much the vision in my left eye might be able to be corrected and then I would only need one contact lens!
So far, so good!
Posted by Caitriona at 12:26 AM No comments: